Bill Justice established Justice Real Estate in 1980 specializing in farm sales.  Through Bill's expertise, integrity, and hard work Justice Real Estate is and has been the leader in farm sales in the Bluegrass since the mid-1980's.  Long recognized as the most knowledgeable and respected farm broker in Central Kentucky, Bill has handled the sale of some of the most significant farms in this area - Spendthrift, Dixiana, Greentree, Buckland, and Parrish Hill - to name only a very few.

Bill served the Lexington-Bluegrass Association of Realtors as President in 1984, and he was its Realtor of the Year in 1982.  Bill lives in a historic home on Tates Creek Road.

Bill is actively involved in the thoroughbred business - raising, breeding, and racing them.  He partners with a lot of his clients in horses and is fortunate enough to own the dam of Champion and Grade I winner, Negligee.

Bill attends most horse sales cultivating clients and bought a home in Saratoga Springs for just that reason.  His knowledge of farms and the thoroughbred industry has certainly attributed to his success in farm brokerage. 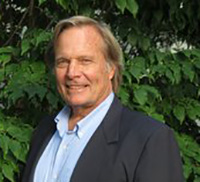 Allen arrived in the Bluegrass State in 1971 to attend the University of Kentucky.  After graduation, his early interests of agriculture and architecture resulted in the development of one of the most magnificent farms in Central Kentucky - Gainesborough Farm.

Allen's professional horse career began as a groom at Clovelly Farm with the ultimate mentor of farm managers - Lars LaCour.  Allen then moved to Shadowlawn Farm as the assistant manager who oversaw the care of over 180 broodmares.  He was hired by Gainsborough Farm to manage the horses and aid in the design and development of a one-of-a-kind horse farm.  Under Allen's watch Champions Lamttara, Hatoof, and Fantastic Light (just to name a few) were produced at Gainesborough.

Well-known and respected by the equine community, Allen brings a fresh perspective and discerning eye to the clients he represents for Justice Real Estate.  A hands-on horseman, Allen has lived in Woodford County for 30 years and was president of the Kentucky Thoroughbred Farm Managers Club.  Allen was also honored by being selected as Farm Manager of the Year in 1997.

Allen and his wife Alexandra breed and race horses, so he is well-acquainted with the complex nature of this business that lies beyond the gates of the beautiful farms of Central Kentucky. 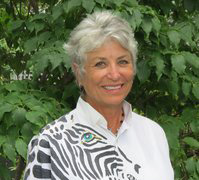 Bill has been in real estate since 1987 with an emphasis on farm properties. Having grown up on a cattle and crop farm, Bill started showing Western and English pleasure - moving to hunt seat and dressage. She has competed in three day events as well as played polo, fox hunted, broken yearlings, galloped thoroughbreds, and worked with both thoroughbred and standardbred broodmares. Bill attended the University of Kentucky as an art major, but her love of the horse and the great outdoors led her in the direction of the horse industry and her husband Mike. Mike, a thoroughbred horse trainer, came up under the tutelage of Frank Whiteley during the time of Ruffianâs racing career. Bill's experience and continued personal involvement in the different facets of the horse industry give her a common interest with the people she meets and an understanding of their specific needs in assisting them in locating or selling a farm property. 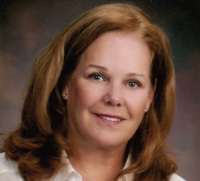 Muffy has held a Kentucky real estate license for 33 years and has recently earned her Broker status. She specializes in farm and executive real estate but also assists first-time home buyers. As a graduate of the University of Kentucky with a Master of Science in Nursing, she has spent much time as a counselor. Muffy and her husband Wayne, a former chairman of the Kentucky Racing Commission, have developed Ashview Farm, a thoroughbred and sales operation in Versailles, Kentucky, that totals 1,000 Woodford County acres. As a part-time resident of Jackson Hole, Wyoming, she is knowledgeable in ranch land of the West. 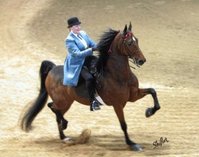 Mary Sue has lived in Lexington since 1995. A native Ohioan, she graduated from Christ Hospital of Nursing and lived in Cincinnati for 30 years working as a Registered Nurse and Realtor. After three years in Aspen, Colorado, as a Realtor and broker of Aspen Premier Properties, she came "home" to Lexington.

Whether a townhome, small farm, or a large property, such as Dixiana, True North, Lobo, or Chaumette, it's the people Mary Sue meets that make it such a rewarding experience. Mary Sue enjoys the excitement of welcoming people to the Bluegrass and finding the property that make them feel THEY have "come home".

Mary Sue has raised and shown American Saddlebred horses for many years and was thrilled when one of her babies won the World Championship in 2008. She and her "Showboats Boogie Man", pictured here, won the Kentucky State Championship in 2007. Mary Sue has served on the board of the Lexington Philharmonic with a special interest in the fund raiser "Horsetails", which was an integral part of the World Equestrian Games featuring horses from each of the eight disciplines.

Mary Sue's three children, five grandchildren, one great-grandchild, and traveling to Colorado and Montana are the ways she spends her "free time". Marilyn has been in real estate since 1988 and joined JUSTICE REAL ESTATE in 1996. Marilyn graduated from Northwestern University in Louisiana with a double major in Health & Physical Education and Special Education. She grew up on crop and cattle farms where riding horses was a part of farm life. However, showing horses and barrel racing were a major focus. Having a working knowledge of horses and farming has been a valuable asset in selling farms. Marilyn's husband is active in the thoroughbred business, which is also a great resource for Marilyn who enjoys helping people find their special place in the Beautiful Bluegrass Country. She looks forward to meeting new people and treasures her clients who have put their trust in her. We at JUSTICE REAL ESTATE have a motto - treat people the way you want to be treated. 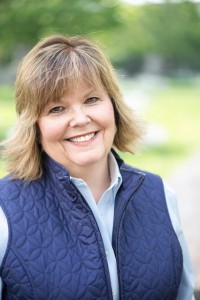 Cathy Davis has been a licensed real estate agent in Lexington since 1996 and has developed a number of specialties and areas of expertise during that time. One of her specialties is location analysis, which simply refers to the appraisal of a general geographic area for a particular use. Cathy believes where a home is located is one of the most important factors in its value. The location of any real estate property affects its desirability, the demand, and the property price- all important factors that Cathy will help you consider when buying a home.

When you're looking at horse farms and barns for sale in Lexington, you need a rural property expert who's familiar with the land and its history, as well as zoning ordinances- local rules and regulations that control the types of buildings that can be allowed in a particular area. Knowing local zoning laws, regulations, and taxes is another area of expertise for Cathy. She can help you navigate the impacts of zoning laws, housing availability, and housing affordability in the Lexington and Central Kentucky area.

Bo Goodman is an agent at Justice Real Estate and a partner at Mt. Brilliant Farm, where he grew up and works alongside his father and brother breeding both thoroughbreds and polo ponies.  Part of this family's third generation to work in the thoroughbred business, Bo's passion for horses spans across disciplines - from polo and racing to farm operations and equine research.  Having graduated from the University of Kentucky with a degree in Agricultural Economics, he has been enamored with Kentucky's Bluegrass farmland from a young age.

Bo is intimately familiar with the relationship between Central Kentucky's renowned farmland and the world-class equine athletes it produces after growing up on Mt. Brilliant.  Traveling to and participating in horse sales across the globe has only strengthened Bo's belief that there is no better place to own a farm, breed horses, and raise livestock than Central Kentucky.

Bo lives in Lexington with his wife Maeve and their son Hal and serves on the board of the Maxwell H. Gluck Equine Research Foundation at the University of Kentucky.  Bo loves and appreciates this place and looks forward to assisting others in finding their own piece of this paradise we get to call home. 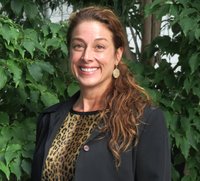 Since obtaining her license and joining Justice Real Estate's team of horse farm professionals in January 2003, Alicia has been involved in real estate transactions totaling nearly $40 million and represented Sellers and Buyers on such farms as Glencrest Farm, Newgate Farm, Parrish Hill Farm, Lobo Farm, Locust Grove Farm, Walmac Farm, La Ciaga, and many others. She has her BA in Integrated Strategic Communications from the University of Kentucky and has extensive experience in Development and Marketing. Alicia has also been an active participant in the thoroughbred industry for more than 25 years. Her combination of experience in marketing, agriculture and the equine industry assist Alicia in better serving clients in the sale or purchase of a farm or land. 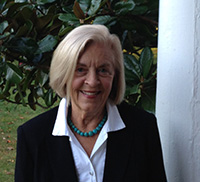 Sharon grew up on a farm south of Lexington with horses, cattle, and crops. Her early love of horses led her to become a member of the Keeneland Pony Club where she gained insight, appreciation, and love of the beautiful rolling land in Fayette and surrounding counties and the owners. She eventually broke and galloped thoroughbreds for Doug Davis at Keeneland and Ted Carr at Poplar Hill.

Sharon attended UK, married, and, in 1973, moved to a farm in Woodford County where she raised three daughters. She earned a real estate license in 1987 and joined Justice Real Estate in 1990 where she has found that her years of gathering knowledge of land, farming, and people have been invaluable in assisting buyers and sellers.

Sharon resides today in southern Woodford County with her husband Jim, an attorney, in a historic home "Airy Mount" with adjoining Mint Springs Farm, a cattle, crop, and thoroughbred mare/foal operation. When she has some free time, she is off to Ireland to join her two grandchildren or just down the road to spend time with her third grandchild.

Sharon would encourage you to heed one of her favorite quotes: "Buy land, they aren't making it anymore."

Find your place in the Bluegrass